All types of vehicles come with different specifications and engine types. Trucks and heavy-duty cars are equipped with more powerful engines. Amongst an endless number of parts of these engines, DPF is an integral one that you can find in almost all diesel engines.

DPF refers to the diesel particulate filter that works by removing dirt, debris, and soot from the burning diesel in the engine. So why do people remove DPF?

DPF delete kits are widely available in the market and are now starting to gain lots of attention by users who want to improve their engine performance. Let's take a look at how DPF delete works.

What is a DPF Delete?

With advancing technology, diesel engines now require detailed procedures to add or remove something from them. Similarly, to remove DPF, a DPF delete kit is used. These kits are used to get rid of DPF that has collected and become clogged up with diesel soot and debris. So, the kit is used to configure your engine in such a manner that it can work and function normally without a DPF.

All such kits come with two major components that include a tuner and an exhaust. The tuner deals with the software, where it configures and equips the engine to work without a DPF. Meanwhile, the exhaust physically replaces the DPF.

All kits come with bolts that can quickly and easily mount to your truck. You need to make sure that the kit you are buying comes with these bolts and is fully compatible with your vehicle. Moreover, expert mechanics or people with experience also code the system and make sure the sensors in your engine are not disturbed after the removal with the tuner.

What Are the Benefits of DPF Removal?

Many people wonder why they need to remove DPF from their engine and whether or not it has any positive effects. People also say that DPF can damage your engines, but in reality, most users who removed it experienced improvements in the engine's horsepower, fuel economy, life, and responsiveness.

The easiest and most highly trusted way of increasing horsepower of your engine is to remove DPF. DPF alters the overall power and performance of the engine because it gets clogged up, delays the exhaust process, and causes major inconvenience as a result. Without it, the air flows back better and faster into the engine, leading to greater pressure and better power generation.

Because the DPF clogs up, it increases backpressure. Due to this pressure, the fuel flow is hugely disturbed and slowed down. Therefore, when you remove this filter, the fuel flows much easily and faster, increasing the overall fuel mileage. Who does not want to cut down on their fuel costs? 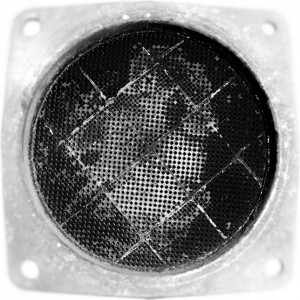 DPF, if damaged, can be very costly to replace. Therefore, before anything goes wrong with it and necessitates replacement, remove it completely.

Since the DPF gets filled up quickly and can be problematic for the engine, you face the need to get it checked and cleaned frequently. This will increase your maintenance costs, causing a major inconvenience, financially. Therefore, investing in a DPF delete kit once and for all is a better alternative.

One of the biggest reasons why people with diesel engines remove DPF is that it helps improve MPG. Whether you own a Cummins or a Powerstroke, removing the DPF can bring noticeable changes in the MPG. We cannot claim any particular number or value, but it is truly an effective method of increasing MPG.

The reason behind this is the backpressure. As DPF easily clogs up, the backpressure increases, which does not let the fuel flow through the engine efficiently. It then uses more power and, therefore, consumes more fuel. The increase of MPG your engine will experience hugely depends on how clogged the DPF is.

Is it Illegal to Delete DPF?

Unfortunately enough, removing a DPF is not legal. This is primarily because having a DPF in an engine is compulsory to control pollutant emissions. The filter captures the soot and exhaust gases that may otherwise escape into the environment.

Therefore, to regulate the vehicles in an eco-friendly manner, DPF removal is illegal. In 2018, the MOT law and DPF check were made a lot stricter. However, a loophole in the law is that it only relies on visual checkup. Many people are able to discreetly remove the DPF and keep it hidden, even during a check.

As mentioned earlier, DPF removal definitely improves the horsepower and consequently affects the torque and mileage of the engine. Therefore, DPF delete has a hugely positive impact on the engine's performance. You will also notice that after removing the DPF, the acceleration responsiveness and efficiency also increase. 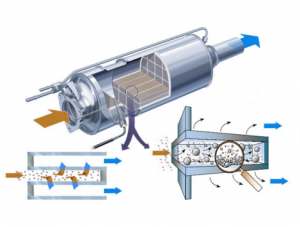 This is because your engine becomes more responsive after removal, as it receives more power and better fuel flow to work with. Therefore, the overall performance of your car will be enhanced by DPF delete.

Can I Delete my DPF Without a Tuner?

We strongly recommend not removing the DPF without a tuner. DPF comes in most newer cars, which are equipped with a number of sensors. These sensors can be highly disturbed and malfunction if even one part is removed without configuration.

This will impact your engine's functionality and might even cost you a lot more in the future. If you've never used a tuner before, you should opt for expert help instead of removing the DPF without it. Moreover, without the tuner, you will not see many differences in performance and mileage. You need to code and configure your engine in a manner so that it works without the DPF.

If you are planning on removing the DPF, you need to remember that there are some legal constraints to it. However, many people manage to remove it and not get fined, even after getting a checkup of their car. Moreover, DPF removal kits are important in enhancing your car's performance. They help improve the engine's life and cut back on fuel costs and maintenance costs, as well.