One of the most common vehicle performance upgrades is an EGR delete.

EGR is short for exhaust gas recirculation and is basically a kit known for enhancing vehicle performance. Most people buy it for improving their diesel engine’s performance.

If you’re new or unfamiliar with EGR delete, the following can help.

What is EGR Delete?

EGR delete is basically an aftermarket part which removes the EGR system of the vehicle. While some aftermarket kits are not preferred by users, this is one of those parts many drivers turn to in order to improve their vehicle’s performance.

To put it simply, it reduces the exhaust emissions of a vehicle. It refers to a technique used within the exhaust system to bring down nitrous oxide emissions. This is done by recirculating part of the engine exhaust back via the engine cylinders. In the end, your vehicle can function like an EGR valve was never installed in it. 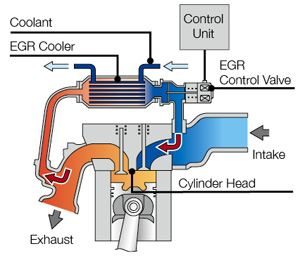 After installing the EGR delete kit, you’ll notice several key differences. You can find an EGR kit for a number of diesel engines, such as those manufactured by Duramax, Cummins, and Power Stroke.

Another thing to note about an EGR delete is that while it increases fuel efficiency along with other benefits, it also has its drawbacks. For instance, the exhaust gas temperature of the engine can increase and the oil can become dirtier with more contaminants in a much shorter time.

What Are The Benefits of EGR Delete?

An EGR delete can bring about several benefits. These include:

An EGR delete helps you restore your diesel engine’s power levels which, in turn, also restores your overall fuel efficiency. Since an EGR delete kit sends the exhaust gas away from your car’s engine, it starts to run cleaner, too. Not only does it make the process increasingly efficient, but it also reduces the chances of DPF (diesel particulate filter) failure. So, overall, with this aftermarket kit, you can see an increase of up to 20% in your fuel economy. Along with that, the EGR delete kit can also improve your engine’s longevity.

EGR valves naturally contain a high content of soot. When the EGR system’s valve or coolers get clogged with soot, the exhaust gases start to circulate more around the system, resulting in a blockage. As a result, the temperatures around the engine rise and you experience a reduction in the engine’s power. However, when you bypass this, lower exhaust gas is produced. In turn, during operation, your vehicle experiences a reduced engine coolant temperature.

In addition, an EGR delete can also help you save money on some costly repairs. The EGR, if damaged, can be quite costly to repair and replace. An EGR delete removes the possibility of such damage, thereby saving your money.

Most people who decide to use an EGR delete kit are those with older diesel engines. Previous generations of engines had a design flaw that allowed a bypass to free up additional space for cleaner air within the combustion air. With more clean air, your vehicle can benefit from a highly efficient power source. 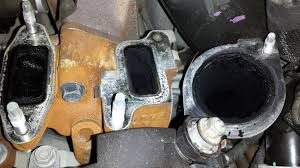 However, modern designs fail to benefit from such a design change. So, when you use an EGR delete on newer diesel engines, you might experience decreased horsepower.

If you are looking to increase your horsepower we would suggest looking into a tuner. You can read our buyer guides for the different engine types below:

Is it Illegal to Delete EGR?

EGR delete is declared illegal in all 50 states in America. Primarily because an EGR delete leads to pollution. It’s mandatory for all streetcars to meet current emission regulations that govern the engine use of today set by the Federal Government. You must also know that if you fail to meet the standards and if there’s an emissions component alteration, the penalty for that can cost you thousands.

However, you can use a vehicle with EGR delete for off-roading, but that still has its limitations. It is easily possible to clog your EGR system with recirculating soot just like you can block valves and coolers through normal vehicle operations.

Does an EGR Affect Performance?

An EGR system gets clogged the same way on non-modified diesel engines as it does on modified ones. With a clogged EGR system, you will definitely notice reduced performance. If you use a delete kit, you will experience the same results regardless of the kind of engine fitted in your vehicle. In some cases, this process can cause additional clogging in certain engines. However, for many, an EGR delete kit improves their performance while also improving gas mileage.

An EGR delete is a modification that comes with benefits you can’t ignore. However, at the same time, it comes with potential legal complications. If you decide to use your vehicle for driving off-road, the environment can be a problem for your engine, as well. On the other hand, you can receive better performance, lower temperatures, and more power. However, it’s best to carefully consider both pros and cons before opting for this aftermarket kit.